Founded in 1988 by physicist Larry Shaw, π (or pi) Day celebrates a constant and irrational number which has fascinated mankind for over 4000 years. 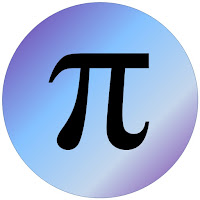 π represents the ratio of a circle's circumference to its diameter. It is commonly represented as 3.14, hence π day is celebrated annually on March 14th. π is a constant number because regardless of the size of the circle the value for π remains the same. It is also irrational as it can not be expressed as a fraction nor be calculated precisely as a decimal. To date, π has been calculated to over 10 trillion decimal places, taking a computer 90 days to perform the calculation.

Presently, Newcastle is home to a world renown π expert; Jonathan Borwein is a Laureate Professor at the University of Newcastle who regularly publishes academic articles on π, exploring its mathematical uses and meanings as well as its place in popular culture. You can find out more about Borwein and his publications here.

π can be found just about anywhere. We seem to have an endless fascination with this number, referencing it over and over in popular culture. Explore the following items available at Newcastle Region Library and see if you can uncover the π references within.

Life of Pi by Yann Martel (book, DVD movie)
Probably the easiest place to find a π reference, Martel names the protagonist in his prize winning novel Piscine Patel, shortening his name with direct mathematical reference to π. 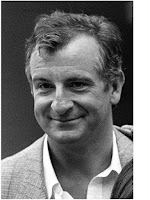 Hitchhiker's Guide to the Galaxy by Douglas Adams (book, DVD movie, DVD series)
The first in a 'trilogy' of 5 books, we follow Arthur Dent and his best friend Ford Prefect as they escape the demolition of Earth and set out to locate the President of the Galaxy with the aid of a computerised guidebook called the 'Hitchhiker's Guide to the Galaxy'. If you struggle to find the π reference, you may need to look closer at the ultimate answer to life, the universe and everything. The reference is fairly obscure but given Douglas Adams' playfulness with all things obscure, it is unlikely to be a coincidence.

Matrix Reloaded (DVD movie)
Neo races against the clock to save the inhabitants of Zion from a machine army of sentinels set on destroying them. Whilst negotiating the unusual and complex characters of the Matrix, Neo must find the Keymaker in order to save the last of the free humans.

Twin Peaks (DVD TV series)
This series follows the FBI investigation into the murder of popular teenager Laura Palmer, but the real draw is the quirky vision of creators David Lynch and Mark Frost and their ensemble of curious characters. It is often suggested that a certain character's fondness for a particular pastry is a direct reference to the mystery that surrounds π. 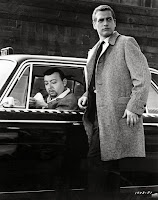 Torn Curtain (DVD movie)
This cloak and dagger mystery from Alfred Hitchcock depicts an American Scientist defecting to the Eastern Bloc during the Cold War. Whilst embroiling the audience in the political and military intrigue of the Iron Curtain, the protagonist is actually on a secret mission to steal a mathematical formula and escape back to the West.

The Simpsons (DVD TV series)
With many of this show's writers holding advanced degrees in mathematics, it follows that 'The Simpsons' is chock full of mathematical innuendo. So much so that a book, 'The Simpsons and Their Mathematical Secrets', was published to shed light on many of these references. For π, check out the episodes 'Bye, Bye Nerdie' (season 12, episode 16) and 'Simple Simpson' (season 15, episode 19).

You can find the above books and DVDs at Newcastle Region Library. Check them out on the catalogue