Looking for something interesting to eat/cook this long weekend? Check out the Recipe of the Week on the Local Studies website.

You could try this week’s fabulous recipe - Fruit Buttons (1986). The instructions are on our website.

Nog and the Land of Noses 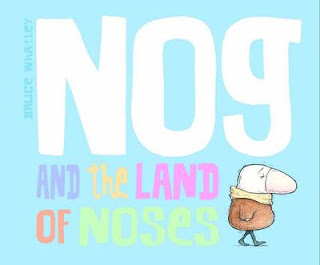 What's it all about? Nog thinks he is the only one whose nose DOESN'T do something special in the Land of Noses, but it turns out that when his grandmother said he had "a nose for trouble", she was right.

This book would not be nearly so entertaining without the pictures. Bruce Whatley's interpretations of noses, and what they can do, are wonderful. In particular, see blocked noses, picked noses, running noses, and what "a nose for a bargain" looks like.

Libraries represent an important gateway to learning about computers, the internet and digital literacy. With limited access to equipment and internet connections at home, the library provides a safe and welcoming environment where you can keep up with these rapid changes in technology and the digital world.

Technology Explained: The ABC have created a website where technology is explained by providing non-commercial and factual information on social media, mobile phone broadband, streaming & downloading, growing trends in the digital world. It introduces new concepts about how to watch, listen, socialise and engage online and it is well suited for beginners through to more tech-savvy people.

If you feel that you’re not ready to delve into these topics yet, perhaps you might like to create an account with Dynamic Learning Online by using your Newcastle Region Library card number. It’s free to do, and the best thing is, you decide how fast or slow you complete the training! Topics covered include how to use a computer, introduction to the internet, email and word processing.

Contact your local library for more information!
Posted by Lauviah No comments: 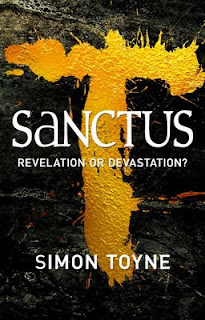 Who'll want to read it? If you like action, conspiracy theories, don't mind if the established Church is the bad guy, then this a book you'll enjoy. Apparently it's the first of three, an ambitious undertaking for a first novel, but Simon Toyne is now on my list of authors to keep an eye on.

Point of no return: The first chapter is very short, and full of teasers. There is a "he", imprisoned for learning, and not accepting, an unknown order's secret. He is cold, hurt, bleeding, and sentenced to death. He decides not to hang around and wait. The last line of the first chapter (page 5): "Then, his heart heavy from the weight of the ancient secret he now carried, he breathed out as far as his lungs would allow, squeezed through the narrow gap, and launched himself into the night."

What's it all about? Our mysterious "he" throws himself from the top of the Citadel, the oldest inhabited place on Earth, ensuring his act is captured on film, and broadcast around the world. A charity worker and her family see this as the fulfilment of part of a prophecy, known only to a select few.

The order of monks, who do not set foot outside the Citadel, but have contacts and dealings everywhere, attempt to recover the body, without making it obvious that it is important to them. They don't want any more attention than they already have, but they can't risk any chance of their secret escaping.

An American crime reporter's phone number is found with the body, and she immediately travels across the globe, to find out just how, and why, this Citadel is connected to her.

I think if I said anything more, I would start to spoil it.

I seem to be reading a fair few first novels that are excellent, and this certainly fits that bill. It was only after I'd finished the book that I read the front blurb about how this book came about. It makes for a pretty good story in itself.

I have also read a few novels in this genre (the accepted-organised-religion-is-evil kind), and this is definitely one of the better written ones. It has some very good twists and turns, some highly unexpected revelations, and moves along at a reasonably exciting pace. I made time to read this book, rather than dipping in during short breaks, which is becoming an increasingly rare thing for me to do.