A Snowball in Hell 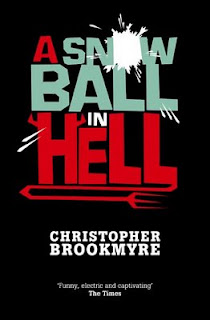 Author: Christopher Brookmyre Publication Date: 2008 Category: Crime Fiction, Black Comedy Who'll want to read it? People who love thrillers with a twist or two. Personally, I think if you like Colin Bateman you will also like Christopher Brookmyre. These two are my guilty little addiction - I've given them both up several times, which is always easy until they go and release more books! Point of no return: The bit on the front cover that says "Christopher Brookmyre". Classic line: "He's dressed in just a pair of pants, one of the leg-holes riding up his crack and exposing his left bum-cheek, a fold of his belly overlapping the elastic stretched around his abdomen. For a guy never done castigating the lazy, he's done well to disguise his athletiscism." pg 19

" 'Pressure,' he says as if trying to reboard his own train of thought before it chugs off without him." pg 110
"According to Socrates, 'fame is the perfume of heroic deeds'. What would the most venerated of Greek philosophers think of Bedroom Popstars, or Big Brother, were he to witness the willing indignities of those seeking only that perfume, and who regarded its scent as an end in itself." pg 312 What's it all about? It's a satire shredding reality TV, celebrities and wannabes to bits. It features three main characters from two of Brookmyre's previous novels. If you loved evil genius Simon Darcourt from A big boy did it and ran away, Zal Innez from The sacred art of stealing and Angelique de Xavia from both novels, you'll be ecstatic at this release. This book makes you laugh but you may find yourself feeling guilty. I don't know what else to say without spoiling the fun, but it does have the trademark Brookmyre twists and turns that keep you guessing all the way. Publisher: Little, Brown
Posted by Kieran No comments: Links to this post

Author: Mary Ann Shaffer
Publication Date: 2008
Category: Fiction about friendship and love of books.
Who'll want to read it? The title is enough to get you interested.

Point of no return: The book was recommended by a friend and after reading the blurb, I thought this is a story I would really like. Has some historical facts which makes good reading.

What's it all about? By Chance a book comes into the possession of a Guernsey islander. He sets out to trace the owner, and they begin a correspondence. Hence a friendship starts between the two and Juliet finds out about the Guernsey Literary Potato Peel Pie Society. Juliet becomes friends with other members of the society and a very firm friendship develops between them all.
The book brings forth the difficulties and times of the islanders living under German occupation. Quirky personalities, funny stories, but also some very sober times add to this most enjoyable read. Everyone can some times have one of the characters in your own family.
Publisher: Allen & Unwin
Posted by Kay No comments: Links to this post

Camino footsteps: Reflections of a journey to Santiago de Compostela

Author: Kim and Malcolm Wells
Publication Date: 2008
Category: Travel/Biography/Religion
Who'll want to read it? Anyone who likes travelling
Point of no return: Title - on my list of things to do before I DIE !!!!!!!!

What's it all about? This is a warmly written book revealing the cities, towns and history as they walk the Way of St James. "Camino de Santiago". Kim describes their experiences as pilgrims trekking along the section of the 798km walk they travelled. It is illustrated with photographs by Malcolm which makes it a more enjoyable read with the feeling you are part of their spiritual journey.Not written as a guide book but does have a section on planning tips at the back.


Category: Adult Non-Fiction, Australian History, Australian Explorers John McDouall Stuart led six expeditions into the centre of Australia and beyond, succeeding where others had failed to cross Australia south to north and return.
John Bailey reveals insights into this intrepid explorer, his financial backers, the Chamber Brothers, and what drove this social misfit to return to the inhospitable regions of Central Australia. With meticulous research and the narrative skill of a first rate novelist, Bailey reveals the motives and consequences of this extraordinary exploring feat with easy readability.

Publisher: MacMillan
Posted by Ross No comments: Links to this post 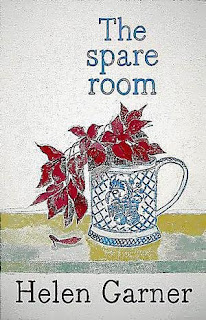 Who'll want to read it? Anyone

Point of no return: I read this book in one night, do I need to say anymore?

What's it all about? This is a book about two women, Helen and her friend Nicola who is coming to stay with her for three weeks while she undergoes controversial treament for advanced cancer.

It is the story of their friendship, of potentially any friendship, and the tests that that friendship faces under the circumstances that unfold. While it really makes you think about important questions to do with life and death, you find yourself becoming wrapped up in the intense bond between these two women, being able to laugh and cry with them at their in-jokes and private moments.
I loved this book, the emotions and frustrations seemed quite real, it was a brilliant read that opened my mind to new ways of thinking, living, feeling and understanding.

Point of no return: Hard to say - was one of those books where you want to know what happens, but aren't always engaged by the characters

Classic line: "Evening drew to a close. Blanche had to leave. Is dairy farmer. Has sixty head of cattle and has to get up at 5am to milk then. Blanche is a man of means."

What's it all about? The interconnected lives of three women, all of whom have been badly affected by their relationship with the same man - an up and coming politician. Looks at how & why women allow themselves to be manipulated by a certain style of man.

There are some incredibly disturbing passages in this novel and those expecting the previous breezy style of Marian Keyes' earlier novels will possibly be disappointed. The humour is still present, but is in much smaller doses. I was torn between abandoning this - I really felt distressed when reading some passages, but I was compelled to discover how it all worked out.

Looking for Miza : The True Story of the Mountain Gorilla Family Who Rescued One of Their Own 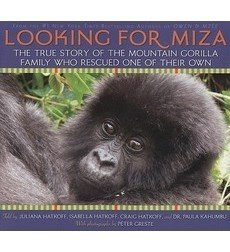 Who'll want to read it? Everybody, especially animal lovers

Point of no return: Front cover

Classic line: "The vast park, which spills over into Rwanda, is home to about 380 mountain gorillas, just over half of the planet's remaining gorilla population." (first page).

What's it all about? This book comes from the same team who brought us Owen and Mzee. It tells the story of Miza, a baby gorilla who disappeared with her mother under mysterious circumstances. It highlights the treacherous existence of the few remaining gorillas in Congo and Rwanda. In the story we meet the dedicated park rangers Innocent Mburanumwe and Diddy Mwanaki who search for Miza. Impressive as they are, it is Kabirizi, the fearless silverback leader, who takes control of his family by ensuring their safety while he searches for Miza. Looking for Miza is a beautiful story of a family pulling together to save little Miza: "When Miza was left alone, she cried. Right away, Tumaini or Mivumbi would pick her up." The book is full of fantastic photographs of Kabirizi's family before and after Miza's disapearance, making it suitable to share with children of all ages.

Read about the five baby gorillas found in Virunga this week. It looks like they are new members of Kabirizi's family.
Posted by Kieran 1 comment: Links to this post