There is something very human about gazing up at the moon.  For thousands of years we have looked up in wonder and watched as it  silently spins in a locked orbit with us, some 384,000 km above.

We have seen ourselves in its reflection, blamed it for our aliments, amused our children with stories of a rabbit, buffalo, green cheese and a man in the moon (and he drinks claret); and even attested to a full moon inducing lunacy in others. It has played muse to great writers, artists, and musicians , and even  been deified.. We have studied, philosophised, and ultimately space raced each other to walk upon its surface - we are old friends. Just ask James Joyce.

An upcoming full moon on Friday has sent us to the vaults once more to share another printed treasure.  Moon Maps by Dr Hugh Percy Wilkins  is a detailed map of the moon in form suitable for use at the telescope.


Dr Wilkins, an internationally renowned selenographer was elected to the British Astronomical Association in 1918 and was Director of its Lunar Section from 1946 to 1956.
Dr Wilkins 300 inch Moon Map is considered by some as the culmination of the art of selenography prior to the space age, and was purchased by NASA prior to their launch. He founded the International Lunar Society and was its first president.


Selenography is the study of the surface and physical features of the moon. Historically, the principal concern of selenographists (or moon mappers) was the mapping and naming of the lunar maria, craters, mountain ranges, and other features.
The task of selenography was largely finished once high resolution photographs were obtained. We can now easily research images of the moon (Google moon show satellite photographs of the moon) yet this has not made selenography redundant – these maps are still used for reference by scholars and observatories.

Wilkins beautiful book contains every named formation arranged in alphabetical order with the map section within which it will be found. The maps, as well as the text are bound on separate ring. As a result, any map and any page of the text can be placed flat next to each other and read together at the same time, as though on the same page. This creates a most useful book for use even in the observatory, in dim light, or in the library.

The drawn detail in the charts is immense - covering nearly the entire surface of the moon - and it is a wondrous map. Altogether, these charts contain over 85,000 objects with many fine details culled from the photographs taken at the Pic-Du-Midi observatory. Obtaining accurate positional measurements for all of these objects was beyond even the unbounded enthusiasm of a dedicated Wilkins!
Whilst we acknowledge that he remained an amateur throughout his observational career, and he was not a trained cartographer, the contribution Dr H.P Wilkins made throughout his life to our knowledge of the lunar surface is tremendous. According to his daughter, the moon was his "whole life". Fittingly, in 1935 a somewhat inconspicuous 38 mile wide crater in the lunar southeast uplands was named in his honour.

Published by London’s Faber and Faber this title will appeal to lovers of astronomy, illustration, and history as well as anyone wanting to be inspired by the moon or the man who loved mapping it.

Being such a rare book, it is not for loan but can be viewed by request - just phone 4974 5340, or drop into the Information & Research Centre on the First Floor at Newcastle Library.

“It is not likely that any one of us will again know a man who dared to map the whole Moon primarily on the basis of his personal observations” Walter. H. Haas

Email ThisBlogThis!Share to TwitterShare to FacebookShare to Pinterest
Labels: Book Review - Non-fiction, One from the vaults, Staff Picks 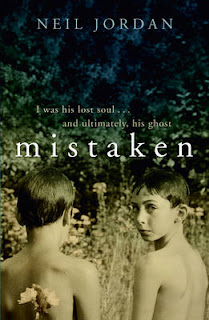 Who'll want to read it? Anyone who loves a story where you don't quite know what is happening , whether the truth is being told, and who is really who.

Point of no return: "I had been mistaken for him so many times that when he died it was as if part of myself had died too." 1st line, page one. Also, the creepy cover photo is pretty intriguing.

What's it all about? Kevin Thunder grew up next door to a former residence of Bram Stoker. An imaginative child, it is no surprise that a vampire shadows Kevin's life. As a young boy he imagines a Count, wrapped in a cloak,  living in Stoker's house. He believes the lady residing there is actually a caretaker, bringing in supplies, so the vampire needn't leave the house during the day. In later years Kevin's vampire takes the form of a stalker wearing a beret. In this form the vampire watches Kevin at the beach, follows him on a bike through the park and accosts him in a movie theatre. But the vampire "doesn't like mothers or daughters" and Kevin always feels protected when his mother is with him.

But mostly the vampire manifests himself in subtle ways - as a noise, or a stirring in the air, reminiscent of the first vampire movie Kevin saw in a Scouts Hall, "the images in black and white, on a sheet pinned to the tongue and groove wall, confused me, but I can still hear the sound: the humming of bats' or vampires' wings, like the humming of high-voltage electricity wires - though I don't think vampires had wings, their opera capes just seemed like wings." pg 13. This manifestation eventually becomes like a curse, or an omen and surrounds key events in the novel.

Kevin is also shadowed by, and in turn shadows and impersonates another who looks just like him - Gerald Spain who resides in the more affluent Southside of Dublin. In turn Gerald pretends to be Kevin when it suits him.

eBooks are becoming more and more popular every day - they are free for library members to borrow and are easy to find on our website.

For assistance call library staff on 4974 5340 or try our eBooks for Beginners help sheet.

Email ThisBlogThis!Share to TwitterShare to FacebookShare to Pinterest
Labels: eBooks 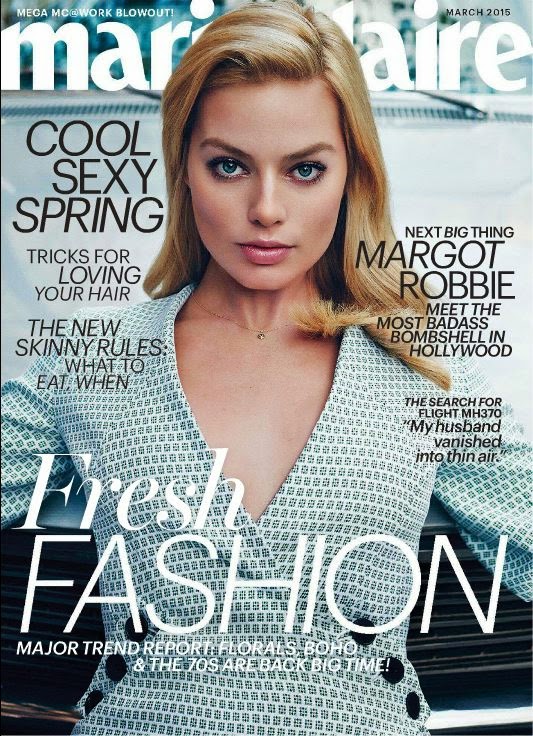 Marie Claire is today's magazine for the fashion minded woman. It reflects all areas of the reader's life, providing the time-pressed woman with a mix of information. Marie Claire remains unsurpassed as the best source for beauty advice.

March’s edition of Marie Claire is all about getting prepared for ‘cool sexy spring.’ So get ready to read about the latest fashion trends for spring, including the Major Trends Report: florals, boho and the 70s are back big time! Plus with the spring weather fast approaching, Marie Claire has the best advice for looking after your hair. Also, catch up with Margot Robbie – the next big thing in , who starred opposite Leonardo DiCaprio in The Wolf of Wall Street.

Posted by Kieran No comments: Links to this post