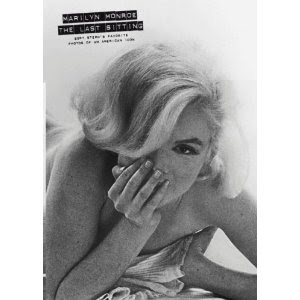 Author: Bert Stern, from the collection of Michaela and Leon Constantiner.

Classic line: "Marilyn is known for her moodiness and also for having become extremely whimsical.

Finally she arrives: she comes alone and only five hours late. The sitting can now begin." pg 7.

What's it all about? Photographer Bert Stern proposed a photo shoot of Marilyn Monroe to Vogue in 1962. Both Vogue and Marilyn agreed. Although the results of the shoot were exceptional, they were too racy for Vogue - including Marilyn semi-nude revealing the scars of a gall-bladder operation she had six weeks before the shoot. Vogue requested a second shoot with makeup and more clothes. The results are stunning fashion studies. Marilyn died one day before the layout was published in Vogue, in August 1962.

The book is worth looking at not just for the photographs, but the story of Bert Stern's crush on Marilyn and how his fantasy of her inspired the images. His introductory text from the original Vogue article tells it all: "These are perhaps the only images of the new Marilyn, a Marilyn who revealed the elegance and taste that she instinctually possessed. They testify to  a ravishing maturity that make her abandon her boyish charms, in order to assert herself as as a deeply beautiful, profoundly moving young woman... The fact alone that she was able to resist the incredible, unimaginable pressure of her own legend for so long, proves the enormous soul she had." pt 123. 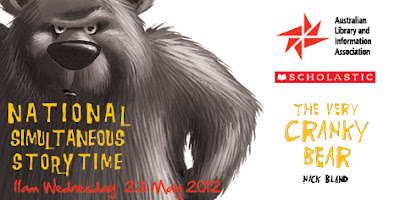 Who'll want to read it? Kids, grandparents, parents, people who like picture books with good rhythm and rhyme.

Point of no return: The first few words: "In the Jingle Jangle Jungle on a cold and rainy day..."

What's it all about? Four friends try to find a nice dry place to play, but instead find a very cranky bear who is trying to sleep. They all try to cheer him up so they can share his cozy cave, but find that the things that make them happy may not be for everyone.

This book has great rhythm and rhyme, and is perfect for reading out loud. Kids will love to join in with the ROARing.

It is part of the Premier's Reading Challenge Years 3-4 list, and is also the book chosen for this year's National Simultaneous Storytime.

Starting at 10:30am on Wednesday 23rd May 2012, National Simultaneous Storytime will be held at the following branches: Adamstown, Beresfield, City, Mayfield, New Lambton, and Wallsend. We had loads of fun last year with Feathers for Phoebe, so make sure you book in for this year!!

The Name of the Wind 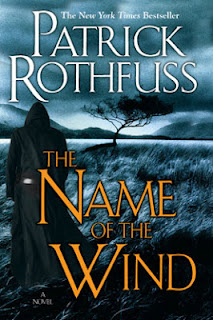 Who'll want to read it? Beautifully written, this book will appeal to a wide audience of readers, even those who only like to read fantasy now and then.

Point of no return: The prologue, A Silence of Three Parts, in which silence is described as a hollow, echoing quiet; a small, sullen silence; and the greatest silence of all: "the patient, cut-flower sound of a man who is waiting to die."

What's it all about? Kote is an innkeeper in a small town in the middle of nowhere. Or rather, Newarre.Times are bad, roads are less travelled, business is slow. A travelling scribe happens upon the inn, or so it seems. He has actually been seeking it out, searching for the innkeeper. To be more precise, searching for Kvothe, a seemingly legendary arcanist and warrior, to write his story. The true story of Kvothe would be worth much, in reputation and in coin.

Kote, or Kvothe, as that is who he really is, decides to grant Chronicler's request (with some provisos), and begins the tale of his life. He says it will take three days. This book covers the tale he tells on the first day.

The usual tale of a hero made from humble beginnings is quite different in this book, as Kvothe is slightly mocking of his younger self, unabashedly describing his superior ability to learn, comprehend, and retain knowledge, of all sorts. He admits to padding his reputation, but sticks to facts in his tale, and is not afraid to admit his mistakes, or go into detail about them. 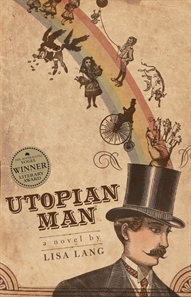 Who'll want to read it?
Anyone who has ever dreamed up their own perfect bookstore using the wildest and most wonderful parts of their imagination. However, I think this book would also appeal to those interested in Australian history, eccentric victorian gentlemen, books about books and making their dreams come true!

What's it all about?
This is the life story of Edward William Cole, the creator of Melbourne's Coles Book Arcade, the man who trademarked the rainbow and advertised for a wife in the newspaper. He is also the creator of the Coles Funny Picture Books which some of you may have heard of or even read as children.
Edward builds his life and dreams, over and over again despite all the challenges that life gives him. He faces financial ruin, family tragedy and the usual lure of lust, money and power yet he always seems to come out on the otherside with a new idea, a fresh take and enduring hope.
I found this book inspired me to keep going, to keep dreaming, to create and share and love. It was so wonderful to discover a pocket of Australian history like this, the bravery of a man who took chances, who followed his heart and spoke his mind, who was never too old to have an imagination.

If you are interested in reading more about his life and the arcade you can read this by the same author:

You can also have a look at Coles Funny Picture Book No.1 through the Gutenberg Project here 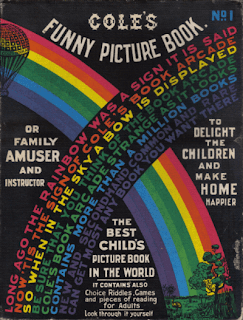 Posted by Natasha No comments: 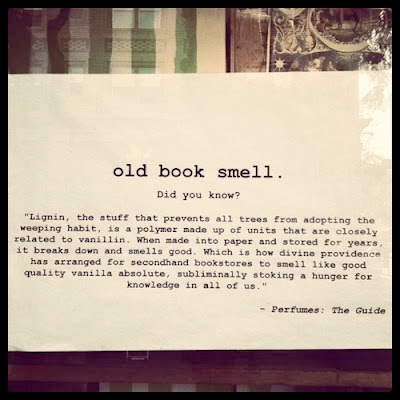