This years winners of the Ned Kelly Crime Writing Awards were announced on Saturday night and the good news is all three are available in our libraries! Click on the link to access the catalogue record for each title and don't forget you can reserve any titles for no charge. 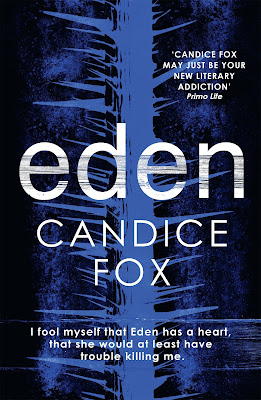 Most police duos run on trust, loyalty, and the desire to see killers in court. But Detective Frank Bennett's partner, the enigmatic Eden Archer, has nothing to offer him but darkness and danger. She doesn't mind catching killers – but it's not the courthouse where her justice is served.

And now Eden is about to head undercover to find three missing girls. The only link between the victims is a remote farm where the desperate go to hide and blood falls more often than rain. For Frank, the priority is to keep his partner monitored 24/7 while she's there – but is it for Eden's protection, or to protect their suspects from her?

Across the city at the Utulla Tip, someone is watching Hades Archer, a man whose criminal reputation is the stuff of legend. Unmasking the stalker for him might be just what Frank needs to stay out of trouble while Eden's away.

But it's going to take a trip into Hades's past to discover the answers - and what Frank uncovers may well put everyone in danger . . .
To find out more visit Candice blog 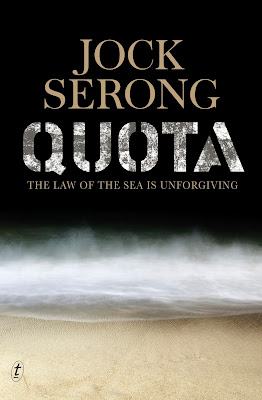 HIS HONOUR: Mr Jardim, withdraw that comment immediately.
MR JARDIM: Your Honour, I’m not withdrawing it because it’s got nothing to do with the merits of this case, just as your small-minded treatment of my client has got nothing to do with the merits of the case. I mean, could you have cocked this thing up any worse? Bloody helpless kid and you know she’s back out on the street now. You’re known throughout the state as a heartless old prick and a drunk, and seeing I’ve gone this far, your daughter-in-law’s appointment to the court is widely viewed as a grubby political payoff. Today’s pretty much the lowest I’ve seen you stoop but it’s been a rich field of excrem—
HIS HONOUR: Senior, will you have Mr Jardim removed?
Charlie Jardim has just trashed his legal career in a spectacular courtroom meltdown, and his girlfriend has finally left him. So when a charitable colleague slings him a prosecution brief that will take him to the remote coastal town of Dauphin, Charlie reluctantly agrees that the sea air might be good for him.
The case is a murder. The victim was involved in the illegal abalone trade and the even more illegal drug trade. and the witnesses aren’t talking.
And as Dauphin closes ranks around him, Charlie is about to find his interest in the law powerfully reignited.
To find out more visit Jock Serong's bio.

Winner - True Crime
This House of Grief by Helen Garner 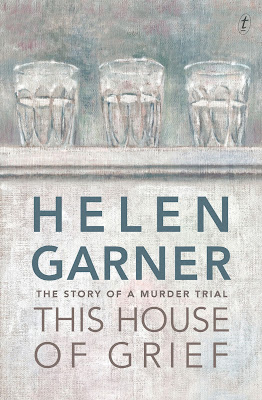 Anyone can see the place where the children died. You take the Princes Highway past Geelong, and keep going west in the direction of Colac. Late in August 2006, soon after I had watched a magistrate commit Robert Farquharson to stand trial before a jury on three charges of murder, I headed out that way on a Sunday morning, across the great volcanic plain.

On the evening of 4 September 2005, Father’s Day, Robert Farquharson, a separated husband, was driving his three sons home to their mother, Cindy, when his car left the road and plunged into a dam. The boys, aged ten, seven and two, drowned. Was this an act of revenge or a tragic accident? The court case became Helen Garner’s obsession. She followed it on its protracted course until the final verdict.

In this utterly compelling book, Helen Garner tells the story of a man and his broken life. She presents the theatre of the courtroom with its actors and audience – all gathered to bear witness to the truth – players in the extraordinary and unpredictable drama of the quest for justice.

This House of Grief is a heartbreaking book by one of Australia’s most admired writers.
Click here to see all of the Helen Garner titles available in our libraries.


Finally why not check out Stop! You're killing me! a resource for lovers of mystery, crime, thriller, spy, and suspense books. Listing over 2,900 authors, with chronological lists of their books (over 32,000 titles), both series (3,300+) and non-series.