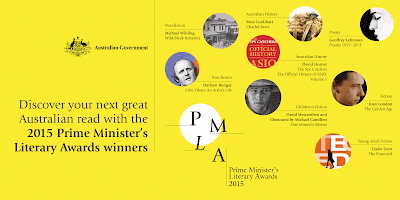 ﻿
The Prime Minister, the Hon Malcolm Turnbull MP, and the Minister for the Arts, Senator the Hon Mitch Fifield have announced the winners of the 2015 Prime Minister's Literary Awards at an event in Sydney on Monday 14 December 2015.


The winners are:
FICTION
The Golden Age by Joan London (Penguin Books Australia)