The borrower by Rebecca Makkai

A review by Jessica Birchall 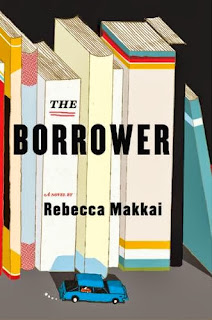 How many books have you read where the protagonist is a librarian?

How about a children’s librarian that kidnaps a child? Now, we’re talking!

Ok, so naturally I’m biased towards this one but trust me when I say – it rules. Clever, funny and tragic, ‘The Borrower’ is the debut novel from Rebecca Makkai, a short story writer whose work has featured in several American publications. The novel revolves around the relationship between a children’s librarian and a 10 year old boy whose parents have enrolled him in anti-gay classes favoured by religious fanatics. The boy sees the library as a refuge and the librarian sneaks him books that do not have “the breath of God in them.” When she discovers him sleeping in the library they decide to go on a road trip. Technically it’s kidnapping but Makkai’s characterisation of the relationship between the librarian and the boy ensures us that the child is safe throughout the journey.

The writing is simple, sweet and dotted with clues and literary references to satisfy nostalgic readers. Makkai has a gift for prose and there is a humorous running gag of misheard words throughout the novel: “Had you expected Jesus in a tart?” I found myself relishing the book and did not want it to end. Maybe I enjoyed the fact that the librarian was 26, had a boyfriend and seemed like someone I would be friends with rather than a sour old spinster in a twin set as portrayed in other books.