We have new titles arriving all time, here's a sample. Follow the link to access the catalogue record, place a free hold or find out more... 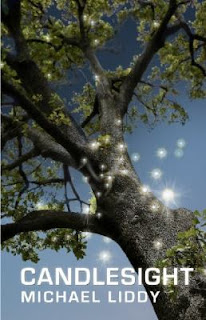 To a quiet life has come something truly extraordinary. Jared's seen the Lights since he was a child. Every night for a few minutes at ten pm a strange beacon would shine high up in the darkened factory opposite his tiny house. He ventured there one fateful night, and there he found the spectral creatures. Since then they've taken him to fantastical places, far away from the grey monotony of his life and the darkness of his past. All he's ever cared about is keeping the secret intact and leading a quiet life of anonymity. But it's a lonely, introspective existence that's always eaten away at him.When change comes to the factory, he finally finds another that he comes to trust and then share his secrets. But in the shadow of Amelia's arrival is one that already knows everything, and has intentions that are both dark and vicious. An ancient ritual is then taken to another time.Candlesight is a new fiction work by the author of Within Fallen Light and Behind Two Voices; the first installment of a sprawling story, one where the boundary between life and death is blurred. 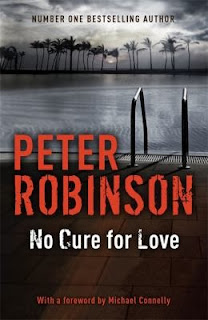 No Cure for Love by Peter Robinson


'You think you do not know who I am, but you do... ' At first, newly successful British TV star Sarah Broughton thinks the letters she has been receiving are from a typical fan. Someone harmless, though a little strange. But when her admirer starts threatening Sarah and her loved ones, she turns to detective Arvo Hughes of the LAPD Threat Management Unit - expert in pursing the most dangerous of stalkers. Pitted against a frighteningly twisted mind, the policeman tests his expertise and experience to the limit in the desperate race to save Sarah's life. 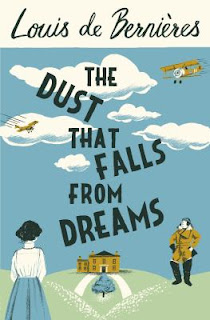 The Dust That Falls From Dreams by Louis de Bernieres

In the brief golden years of King Edward VII's reign, Rosie McCosh and her three very different sisters are growing up in an eccentric household in Kent, with their neighbours the Pitt boys on one side and the Pendennis boys on the other. But their days of childhood adventure are shadowed by the approach of war that will engulf them on the cusp of adulthood. When the boys end up scattered along the Western Front, Rosie faces the challenges of life for those left behind. Confused by her love for two young men - one an infantry soldier and one a flying ace - she has to navigate her way through extraordinary times. Can she, and her sisters, build new lives out of the opportunities and devastations that follow the Great War? Louis de Bernières' magnificent and moving novel follows the lives of an unforgettable cast of characters as they strike out to seek what happiness can be built from the ruins of the old world. 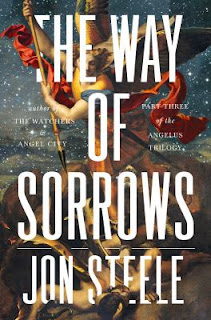 The Way of Sorrows by Jon Steele

The highly anticipated final book in Jon Steele's thrilling cosmic Angelus trilogy, The Way of Sorrows counts down the dwindling hours between humanity and the apocalypse. Steele again sets the stage for an epic battle, played out in Alaska, Russia, Switzerland, and ultimately Jerusalem,pitting the protectors of paradise--the eternal angels--against the "goons" of timeless evil. As the forces engage, we find the former escort Katherine Taylor having somehow survived the hideous scorched-earth attack on her Pacific Northwest home, but with no other signs of life in sight. Katherine soon realizes that her memory has been wiped clean, with few clues whether her toddler, Max, the child of prophecy who will guide creation through the next stage of evolution, has been killed or captured. Meanwhile, Detective Jay Harper is once again at Lausanne Cathedral, where he is following a new directive from his immortal, heavenly central command: rescue both Katherine and Max before the goons eliminate all trace of goodness from the world at midnight. What unfolds is a thrill-packed, action-filled journey that spans the globe--and the heavens. Combining science, religion, and fantasy, The Way of Sorrows is a wildly imaginative, inventive, one-of-a-kind finale to Jon Steele's monumental trilogy. 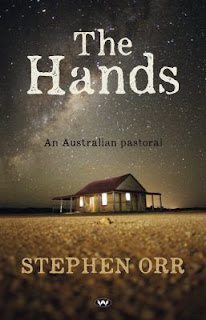 The Hands by Stephen Orr

He didn't look like he could jump a bull, but she knew he could. It was all in the hands, he'd often explain. The will. The bloody mindedness. On a cattle station that stretches beyond the horizon, seven people are trapped by their history and the need to make a living. Trevor Wilkie, the good father, holds it all together, promising his sons a future he no longer believes in himself. The boys, free to roam the world's biggest backyard, have nowhere to go. Trevor's father, Murray, is the keeper of stories and the holder of the deed. Murray has no intention of giving up what his forefathers created. But the drought is winning. The cattle are ribs. The bills keep coming. And one day, on the way to town, an accident changes everything. 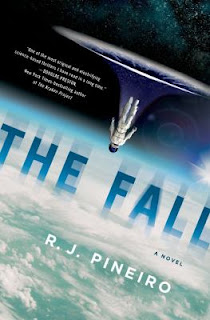 The Fall by R.J. Pineiro


In R. J. Pineiro's The Fall, a sci-fi thriller, a man jumps from the upper-most reaches of the atmosphere and vanishes, ending up on an alternate Earth where he died five years earlier. Jack Taylor has always been an adrenaline junkie. As a federal contractor, he does dangerous jobs for the government that fall out of the realm of the SEALS and the Marines. And this next job is right up his alley. Jack has been assigned to test an orbital jump and if it works, the United States government will have a new strategy against enemy countries. Despite Jack's soaring career, his personal life is in shambles. He and his wife Angela are both workaholics and are on the verge of getting a divorce. But the night before his jump, Jack and Angela begin to rekindle their romance and their relationship holds promise for repair. Then comes the day of Jack's big jump. He doesn't burn up like some predicted--instead, he hits the speed of sound and disappears. Jack wakes up in an alternate universe. One where he died during a mission five years earlier and where Angela is still madly in love with him. But in this world, his boss, Pete, has turned to the dark side, is working against him, and the government is now on his tail. Jack must return to his own world but the only way for him to do that is to perform another orbital jump. This time is more difficult though--no one wants to see him go. Jack's adrenaline is contagious-- The Fall will keep readers on the edges of their seats, waiting to find out what crazy stunt Jack will perform next and to learn the fate of this charming, daredevil hero.